Wrap the Week Up

For a 4 day week it sure seemed long!

Market Observations
Of course the day after I show a bunch of possible reversal candles the action today filled out a bunch of real clear ones! The abandoned baby setup is very rare and I saw it all over the place today after the big gap down. Normally this pattern is really powerful, but I would wonder how strong it is when it was so common after today? Not sure what to make of it all.

The jobs number was a total miss and at this stage of a robust recovery like we are supposed to be having, makes no sense. Main Street is not Wall Street though and market players want this stuff higher so bad it's amazing. Next week will be very interesting, especially if some volume can find it's way back to the markets.

Friday Night Entertainment
Some lighter things for a weekend setup.

Book Contest
I am going to run the Jennifer Hillier "Creep" giveaway contest on Sunday so that it will not get lost in a usual Friday night post. Stop in then for your chance for a free copy, there are 6 up for grabs.

Evil Robots Pretend They are here to Help
"Hello, I am a robot and I am here to help!" - famous last words

In what seems like a great way for a dental student to practice techniques without hurting someone, there is now a dental practice robot! Why risk a lawsuit by training when the robot feels no pain, cannot be reasoned with, and will not stop! Via Geekologie, here she is all nasty creepy: 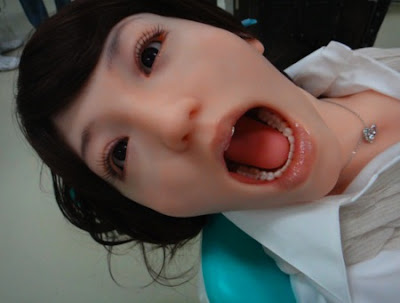 We should destroy them.

Today in Financial History
From the great site, Little Bits of History, I learned that today in 1932 the DOW reached it's lowest point in the entire Great Depression. Nifty:
Bear Market
Thanks!

Visual Aides
Because seeing is easier than reading.

Star Wars Huge News
After many twists and turns, there WILL be a novel about Darth Plagueis coming at years end! If you don't know, Plagueis was the master of Darth Sidious (The Emperor) and found a way to create life using the midichlorians. There has been much speculation that Plagueis created Anakin Skywalker using this sith lore. We shall see! Here is the proposed book cover: 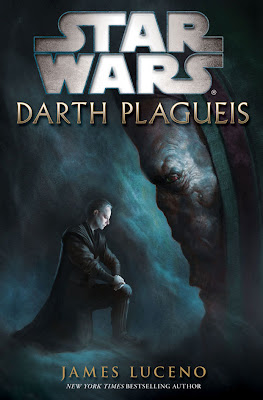 I can't lie, I already pre-ordered and really want to read this book.

As if that was not enough, a novel about Darth Revan (from The Knights of the Old Republic Game) is also on the way!

Film Clips
Serving as a Netflix puppet for free is so sad.

Sometimes a great car is worth more than gold and jewels. In the third Indiana Jones film, "The Last Crusade" Nazi gold was not worth much to the Sheik, but the newest Rolls Royce? Well, we have a deal:

The film "The Expendables" was actually better than I figured it would be. The action film torch was passed to Jason Statham in the film. In this scene he finds out his long time love was hit by her new boyfriend and, well, it's pretty freaking cool:

HE SHOULD HAVE SAID "FRIEND-O!"

Rock Blogging
Pandora has nothing on either an Ipod or YouTube.

Reader C-T, being a metal head, wanted some Led Zeppelin. It's funny but much like the band that cannot be named, I don't think their stuff is that great. Still, "No Quarter" is by far my favorite tune:

Gawains knows music and I was glad he requested some old school Jim Croce. Let's try "Working at The Car Wash Blues":

One hit wonder? When I heard the tune "Freechild" by the local band Must I figured these guys would be HUGE. Bought the album, checked the whole thing out and, well, not so much. Have not heard from them since. Still, I like this song:

I always have mixed feelings for the song "It's My Life" by Bon Jovi. I love the song itself, but hate it because they played it right before the Daytona 500 in a biopic about Dale Earnhardt before the race at Daytona where he died. I always associate the song with that. Anyways, here it is live:


Two songs left and what will happen?

Ok, this is a film/music blend but when The Vampire Louis goes on a revenge rampage (using the darkside of the force no doubt) you don't want to miss the action nor the stellar music that shapes it:
No embed available, you will have to click over. Sorry.
Bye bye Santiago.

Last call, get a drink and whatever else you may require.

A little Diane Lane, I mean Fire with "Nowhere Fast"?:

Have a good night.
Posted by EconomicDisconnect at 8:18 PM

I never much cared for Led Zelleplin either. They had a couple of good songs on a couple of good albums, but basically it was just the singer moaning and the guitar player drooling. They were not metal in any sense of the word; they were a rhythm and blues band. Black Sabbath was metal, although technically really heavy jazz.

The music you listen to when you're sixteen stays with you forever. In my time, it was the Stones, Black Sabbath, Kiss, AC/DC, and Lynyrd Skynyrd. But my father had a fondness for Jim Croce, so I tuned into him. And Bob Dylan, along with Neil Young.

As far as the band that shall be named goes, you really should give them more respect. They're the one band that sold over a billion records. They join Elvis only in that exclusive club.

We all live to enjoy the music of our youth. But don't discount the music that came before and after. I'd say the music of Scotty Joplin or Theolonious Monk is better than any produced today.

But that's just me.

That rubber skinned robot is about the creepiest thing I've ever laid eyes on.
I wonder why they felt the need to put a necklace on it, that just pushed it over the edge for me.

Hmmm, I can't believe Zeppelin doesn't work for you two, I mean damn, we're talking 'Stairway to Heaven' here, or how about 'All Of My Love', oh well, different strokes for different folks.
It would be boring as hell if we all liked the same things I suppose.

Digging deeper into the current economic story surfaces lots of apparently disconnected pieces. The story is laden with an abundance of impenetrable shadow elements and sorely lacking in the brilliant light.

Gawains,
I liken that band I cant type to Facebook or Myspace, first in the arena but nothing special really. You named some gods of rock though, Sabbath and AC/DC are mythic. Elvis will always be the king, along with Johnny Cash.

Watchtower, yeah we must stop this robot crap soon, uncanny valley and all!

With the curernt economic downturn, home gardens and off-grid solar power systems can provide full independence from the national grid.

The seemingly tangential and comically surreal episode proves to be an unexpectedly insightful image of cultural disconnection for the singer's perplexed witness as well.