Great Clashes in Cinema History
Who does not love a big dust up? In film, epic battles and clashes between immovable forces are some of the most exciting moments for me to watch. Maybe it's a guy thing. Here are a list of some of my favorite film battles, add some of your own in the comments.

Achilles vs. Hector (Troy)
The fight between Achilles and Hector is one of the better battles in recent memory: 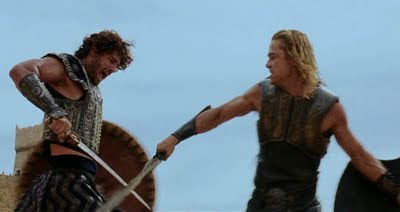 Ripley Uses Robot Suit, Fights the Queen (Aliens)
When character Ripley comes out of the hanger wearing the robot suit to fight the queen alien, you know you jumped out of your chair at the movies and yelled "OHHHHH YEAHHHHHHH!": 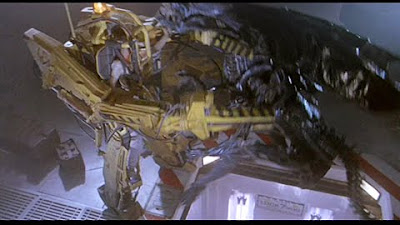 Darth Sidious vs. Grandmaster Yoda (Revenge of the Sith)
Perhaps the most epic clash in the Star Wars films, Yoda goes toe to toe with Darth Sidious and sees the full power of the darkside: 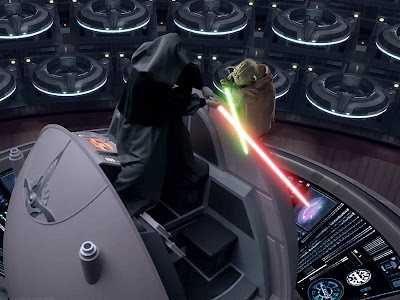 When the senate discs start flying the fight went to a whole new level.

Ramirez vs. The Kurgan (Highlander)
Two old immortals go all out, destroy an entire castle, and provide one of the best movie fights of all time: 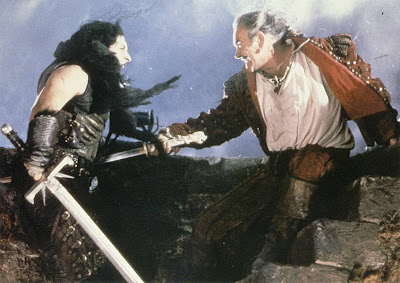 If you have not seen this film you cannot read my blog anymore, sorry.

Apollo Creed vs. Rocky Balboa (Rocky)
Creed knocks down Balboa in the 14th round and the fight should be over. Rocky gets up and launches a body attack that finishes Creed for the 15th round (Creed wins the decision). This classic never gets old, I can watch that sequence over and over again: 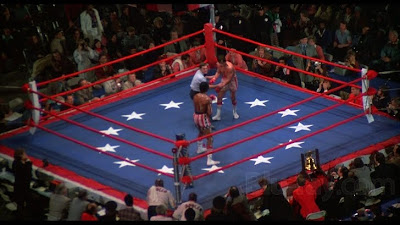 Neo vs Agent Smith (Matrix Revolutions)
A new era classic, this fight was all you thought it would be and then some more:

Jake Lamotta vs Sugar Ray Robinson (Raging Bull)
In real life this was the 6th fight between the two legends (Robinson 5 wins, Lamotta 1 win). You can find a YouTube clip of the real thing, but in the film Robinson finishes Lamotta in the 13th round and it was as brutal on film as in the fight. Nasty: 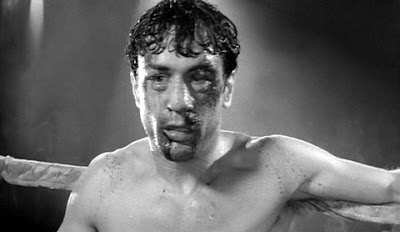 Conan vs. Rexor (Conan the Barbarian)
A perfect mix of revenge, brutal blade work, and music to die for makes the Conan vs. Rexor fight an all time great: 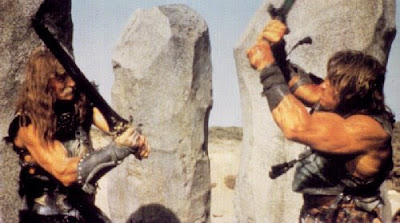 Bruce Leroy vs. Sho'Nuff (Berry Gordy's The Last Dragon)
Leroy fights the villain Sho'Nuff and finds he is the master: 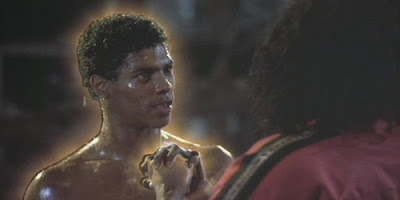 Martin and Felix in the Hallway (Grosse Pointe Blank)
In one of the more brutal real life like fights I have seen in movies, Martin (John Cusack) fights for his life against a hit man in his old high school: 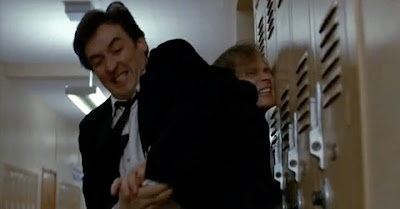 Very much how a real life drag out fight feels and looks like.

Add your own in the comments.

Have a good night.
Posted by EconomicDisconnect at 8:39 PM

This one here makes me squirm:

Skip to the two minute mark.

Yes, that was great. Painful and amazing film.

Some of my favorite clashes...

Your perspective is what will determine survival.

Hey G,
great picks, and the china video is sadly not far from the mark. I have long believed and written that the new era communists in China will not make the mistake the USSR did, they will allow the US to kill itself with the ponzi debt scheme and laugh all the way.

check out the Thai movie Chocolate for some cool fight scenes.