It's been another crazy busy week! Summer is running away from me this year. Hope all is well with all of you.

Came across a couple of extra cool things today, so I thought I would pass them along.

DNA as Mass Data Storage?
I have worked extensively with about every DNA manipulation technique there is over the past 14 years. I never even thought about this one! Via iO9:
Soon You'll Be Backing up Your Hard Drive Using DNA
A snippet:


At theoretical maximum, one gram of single stranded genetic code can encode 455 exabytes of information. That's almost half a billion terabytes, or 4.9 * 1011 GB. (As a point of reference, the latest iPad tops out at 64 GB of storage space.) DNA strands also likes to fold over on top of themselves, meaning that, unlike most other digital storage media, data needn't be restricted to two dimensions; and being able to store data in three-space translates to more free-space.

There are some drawbacks of course and the article clearly covers them (no random access, not re-write able) but as a storage solution it's mind boggling. Take a stroll on over and check it out.

The Dole Air Race
I always start my day looking at the Wikipedia "This Day in History Section". Never know what you may find.

The Dole Air Race was an airplane race sponsored by James Dole of Hawaii (yes, the pineapple king) and it was to be run from California to Hawaii. The entire story is a must read and I was going to do a write up. Turns out I did not have to.

Patricia Hysell, author of the ultra great site Little Bits of History, was all over it today:


August 16, 1927: The Dole Air Race begins. Lindberg had flown across the Atlantic and inspired by this feat, James D. Dole offered a prize for the flying across the Pacific. Since that ocean is so much larger, the trip would only cover from Oakland, California to Honolulu, Hawaii. The flight would cover 2,400 miles. The first team to accomplish this would receive $25,000 and the second place team would take $10,000. That would be ~$311,000 and $124,000 respectively in today’s currency.

Now if that's all that happened I would not include it. It's a shocking tale! Please take a trip on over and read the whole thing. A reader left a comment on the article, I cannot vouch for the truth of it, but would be nuts if true!

Posted by EconomicDisconnect at 7:03 PM 42 comments

For the second year in a row, there are actual tornado warnings for Massachusetts! I guess you never know. A special Friday Night Entertainment post is on tap, unless I get blown away.

I don't have much to say market wise. I don't watch it much (no time!) but my 2 cents just looking at the charts I like and a few other things is that this run is about out of gas absent serious ECB/Fed action. Volume is dead and people are waiting now.

Friday Night Entertainment
Let me see what I can find.

Amazing and Cool Science
I had heard of such a thing, but I spent a bit of time looking at the phenomena of Quorum Sensing lately. What is that? Well, via Wiki:

It's a fascinating interaction. Short version is that many genes and their products may only be switched "ON" if a certain population density is reached. The signal molecules are often potent and powerful gene regulators.

Of course, you must know the Mars Rover Curiosity landed this week on the Red Planet! Looking forward to all kinds of new pictures and experiments going forward. Gale Crater:

Dexter Cox is a future serial killer I think:

I am calling THE TOP in "Batman" mania (time stamped):

Movie Night
A few tips on what to see this weekend.

A better new era comedy was "Anchorman: The Legend of Ron Burgundy". Here we learn about the cologne 'Sex Panther'; 60% of the time, it works every time to get you a date:


An early Quentin Tarantino film, "The 4 Rooms", was pretty good if bizarre. The final segment is a classic though, and thus here is the "Zippo Bet" scene:

Rock Blogging
Bringing the tunes so you don't have to look since 2007.

I ran across this post on YouTube while I was looking for cool covers of various songs. How about 25 famous riffs? Well Kelly Rosenthal plays them all and it's great (except for a Beatles song):

GREAT Lenny Kravitz cover. She does "The Trooper" too! @SayChanceMusic on Twitter.

I am a late in life KISS fan, and I really appreciate how good they are live. Try out "Tears are Falling" from 2004:

They are wonderful live.

Of course the best band I have ever seen live is Iron Maiden. Live from Donnington 1992 "Be Quick or be Dead":


Will it be an all live night? Maybe. Check out this haunting live show of "Zombie" by The Cranberries:

Just wonderful. A MUST see so please do.

Screw it, only bands that can be great live on the show tonight. That is the most important thing.

Saw them that year, just unreal. I used to know a certain C-T Hilltopper that loved this band.

If you are easily excited, you may want to skip a Rage Against the Machine live showcase of "Bullet in the Head":

From a Tokyo concert, The Clash and "London Calling":

Last call! Get a lighter, a beer, and significant other and get ready!

It's not live, but from the film "Walk The Line" I just cant stay away from "It ain't Me Babe":


Have a good night.
Posted by EconomicDisconnect at 9:20 PM 26 comments

Happy Friday everyone! Enjoy the weekend, but first a little comic relief.

When Technical Analysis Works
When done right and done well, technical analysis is an amazing tool. While I was not trading this week, I have to say my annotated chart below called every move exactly right (check all the lines please) and mastery of the art only seems impossible. In a volatile week, see how it's done chumps (click for larger view): 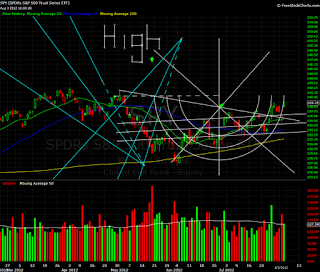 Leave applause in the comments. Thanks. 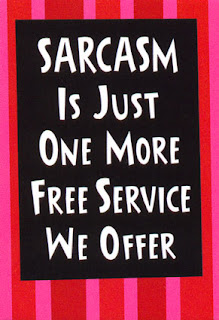 Have a good night.
Posted by EconomicDisconnect at 6:34 PM 4 comments

Call it What it is: Obscene

Yes, I am alive! Still learning a lot at work and making things happen. Thanks to all the faithful that still drop on by from time to time.

Call it What it is: Obscene
I don't get too much time anymore to really get into the nuts and bolts of things market wise. I tend not to do anything less than 100% and I cannot be active in markets right now. Most of the summer that has been a good thing.

I still follow market currents and keep an eye on the big picture. I have not liked what I have seen at all in many respects. Today I saw three posts that I feel demand your attention and I did not want to miss a chance to get more eyeballs on these important works.

The economy in the US is slowing down (again?) and worldwide it's getting worse too. Why is that you may ask after all the intervention and once (then twice, then three...) in a lifetime Central Bank "operations" since 2009? Simply, because they don't address any of the structural issues. Deflationary forces, deleveraging, and insolvency cannot be fixed by artificial rates and fake money stuffed into holes. I think one could argue that the early attempts did stop the worst of the bleeding and bring calm, but here in 2012, in spitting distance of market highs, the calls for more QE, LRTO, and bubble gum get louder everyday. Something is messed up.

Joshua Brown always seems to find a way to say what I want to say but cannot. Today's post titled "Nothingtown" nails every point I have tried to make for a long time, and yet does not come off as a rant or angry, just some truth bleeding out:


"Because this is Nothingtown.  Nothing helps anyone except for the people who don't really need any help at all.  You think the Fed buying an  extra $200 billion worth of Monopoly properties with Monopoly money is going to find it's way to single moms hustling to pick up part-time work or laid-off office drones who've been replaced by Salesforce.com?"

There is more in the post, so please read the whole thing.

Years and trillions of dollars have been spent and lost, lost I tell you, fighting the last war instead of getting ready for the future.

Knight Capital Group had a spectacular algo based crash this week, and now the firm looks towards going bust (via Zero Hedge). An entire firm at risk for a few minutes of a mistaken trade program.

Leigh Drogen covers an MONSTER point today in a post titled "Why Fidelity Dumping Facebook is Such a Disastrous Signal for the Market" and it is required reading:


"But now things have changed. Facebook came public at 100B, other high growth tech companies aren’t coming public at less than 5B, some north of 10B. Airbnb is an amazing example of a company which 15 years ago would be public by now, but they likely won’t come public at less than 10B either.
Fidelity has no shot, and investors in Fidelity mutual funds don’t have one either."

Hit the link and read the rest.

My friend BC Lund makes a great point and it fits in with why I reject sentiment readings now and just don't believe what people say, only what they do. In "5 Ways You can Combat High Frequency and Algorithmic Trading" Brian has this nugget:

Yes, the "fakeouts" now have become the norm. Though I imagine something new is on the way.

(**Note: I do not speak for the writers above and do not take my summation paragraph below to be anything they believe or endorse.)

Where I think things are now is a financial system that has cornered the Central Banks because of two reasons. One, the only thing the Fed and ECB can seemingly influence is the stock market. Everything else eludes their control, as it always was going to be when it mattered. Thus, knee jerk easing and blustering speeches are trotted out during any market sneeze and stock prices dictate policy. This is bad enough.

Point two is that markets, with full knowledge of reason One above, have resorted to almost train-robbery like behavior (Facebook?) with the full knowledge nothing can really be done about it anyway. They are the only game in town.

Exit policy? How can one exit such an arrangement I ask? It is obscene.

Some may read this and see me as a negative thinker. Some may label me a "Gloom and Doomer" and that's fine. I am anything but. I cannot impress upon you how much I believe in America and Americans (I am iffy on the rest of the World!). All those trillions and all that time lost and given over to people that can only squander it. Given half a chance, leadership, and a clear way forward I have no doubts of our ability to shake off this morass and find our way forward in the future. Will there ever be a chance?

Posted by EconomicDisconnect at 7:46 PM 5 comments