Yeah, I am test driving the 2014 SS Camaro tomorrow. And I am excited! So why not a Friday Night Rock Blog? Yeah, it's on!

Camaro 2014 Dual Mode Exhaust
This is start up sound for the dual mode exhaust, stock option. Bad ass. Just listen to the start up, the review is not great:

Sick as all get out.

Hungry Eyes
Yes, a "Dirty Dancing" song, but it was on today in the lab and I was really happy it was:

Sleeping Sun
Still maybe the best song I have ever heard for inspiration:


Tonight is What it Means to be Young
From the epic film "Streets of Fire", enjoy this tune:


Have a good night.


Posted by EconomicDisconnect at 11:02 PM 6 comments

It's palpable excitement around New England right now with the news that Darrelle Revis is coming to the Patriots!

I have seen this man play for years as a Jet and he is truly special. An amazing talent. All smiles over this and check out Wikipedia's newly updated list of Massachusetts Islands:

Amazing. Let's see what he can do here.

Posted by EconomicDisconnect at 7:24 PM 2 comments

Test Drive Plan for the Spring

Hey all, how goes it? Think this winter will ever end? Seems doubtful.....

Test Drive Plan for the Spring
So when (if?) Spring finally comes to the New England area I need to have a plan. As of now I am not committed to anything, but I would like to get a new car. It's just time.

My 2008 Infiniti G35X has been the best car I have ever had. It's amazing in almost every way. From performance (acceleration, braking is astounding, handling, and snow ability) to looks it is the total package. Mine is now 6 years old and shows 60,000 on the odometer. I had wanted to trade it in and get a new one a while back, but they where very close to offering the new Infiniti Q50, so I waited. That whole process took longer than expected and only late last year was it for real.

I am also going to be sporting 38 years on my odometer in about a week. Longtime readers will know that my road has not been all that smooth, especially when I was younger. I would not call it a mid-life crisis, but a recent scare has made me think I don't appreciate many things like I should. Like time and how one spends it.

So, that leads me to the car quest. What to get? What to do? Here are the cars I am going to test drive or explore very aggressively this Spring. Check it out and then offer your feedback in the comments.

1. 1986/1987 Buick Grand National (true WE2 car) You have seen my latest posts, this thing has captured my imagination in a way I cannot fully express. Just screams at me: 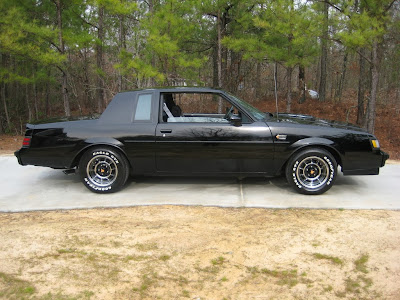 I am a scientist so you know I am learning all the time. I am a member of the AWESOME Turbo Buick Forum and the help I am getting there has been amazing really. I am scanning Ebay, Hemmings, and the forums "for sale" section to get an idea what's out there.

Pros: Heart stooping exciting, low end TORQUE, about as unique a car you can have, for the money I have set aside for a car could get a very nice one (great body, mods I want, built to last)
Cons: Elderly Mother-in Law lives in In-Law apartment at the house with us so car cannot just be stored all winter in garage (she needs one space), thus this car would be daily driver even through winter, 27 year old US made car and rust are real issues, theft magnet, expensive to maintain

2. 2014 Chevrolet Camaro 1SS
I used to live and breathe Chevy muscle cars. My bible was John Lingenfelter's "On Modifying Chevy Small Block Engines" and I built quite a few in my earlier days. Now the cars of today are not so simple, but this is a true MUSCLE CAR: 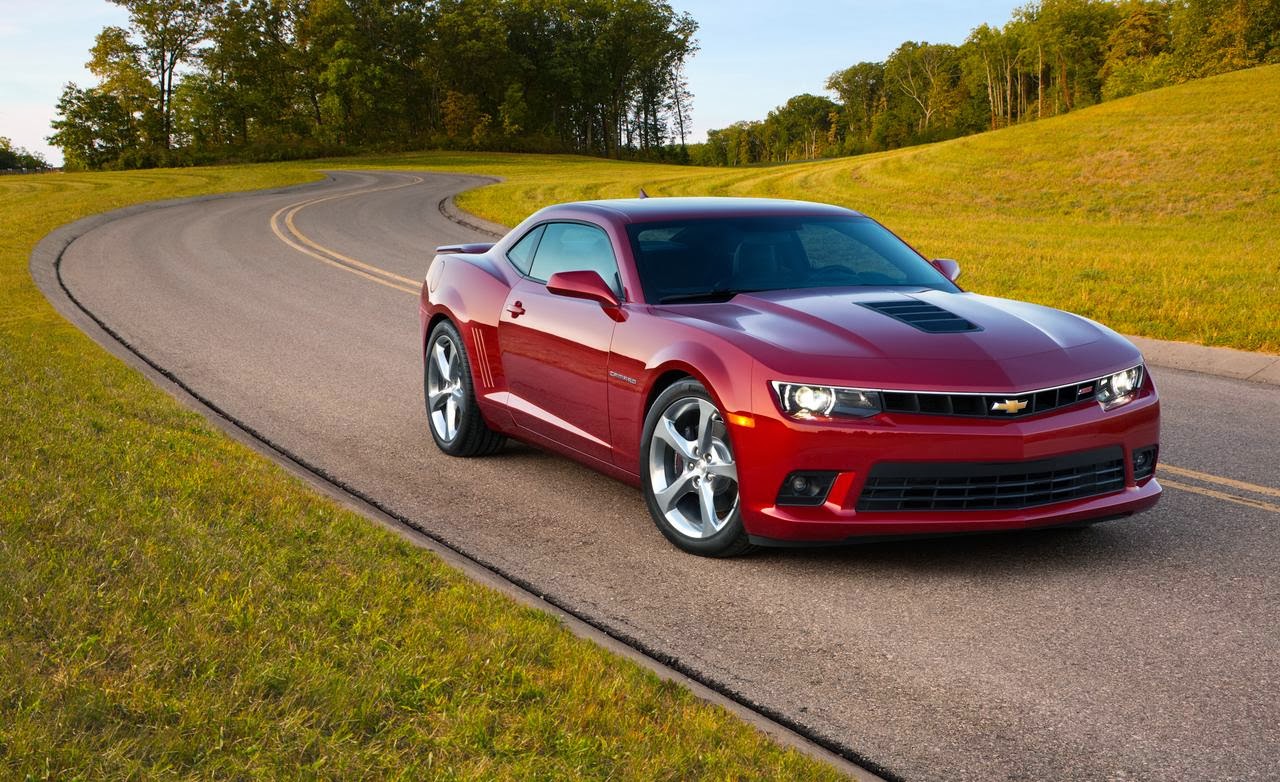 Sporting over 400bhp and 400 ft/lb of torque, this car is no joke. At all. This was the Camaro I always wanted GM to make since the 1970's and they finally did it.

Pros: New car fully under warranty, with my trade-in/GM card points (have had it forever, was a GM guy LOL)/cash this car gets real cheap fast, totally badass
Cons: The backseat is a joke, the trunk is really small, a V-8 is going to burn gas like it's fashionable

3. 2014 Infiniti Q50
I am a loyal Infiniti owner with two over the last decade. I waited, with excitement, for the new Q50 and put off a purchase just excited to see the new model. What did I get?

The same engine in a redone exterior. At least it looks really great, hats off to the design team: 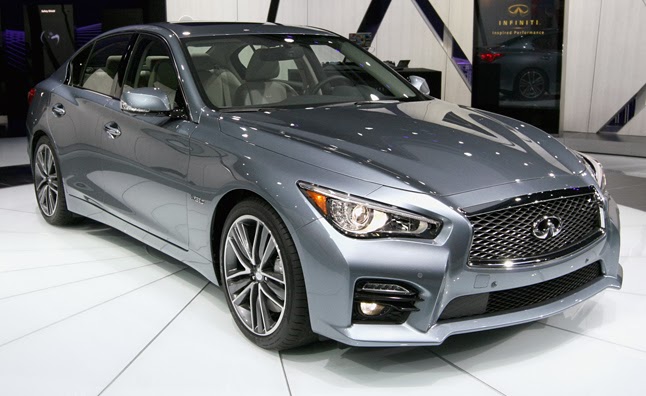 I like it, I really do. I went to the local dealers "unveiling" of the car and I took a bunch of pictures (that 'pics' to you kids) and talked to the sales guys a bit.

Here is what pisses me off royally:
-No real changes to engine (not that it's not a killer, but same hp/torque? Should have done better
-PRICING!!!!! The last model could be had with the X option (all wheel drive) and limit the options (I never get navigation, moonroof, etc) for about $33k. The new Q50 with AWD and the fewest options sells for about...... $47,000???!!! WTF!!? Add a couple options and you get robbed just like by Mercedes and BMW for well over $50k. I find this totally ridiculous and you can still buy the last model for around $30k because they want to get rid of them. Weird situation.

Cons: Obviously this is a 1% car that bought at the 2009 bottom and has money to waste, the pricing has me all riled up and I don't know if I can get over it. It's not about the money per se, I have it, it's just a rip off for a car that's not much different than the last one. Which was way cheaper. Infiniti has made a HUGE mistake in my opinion with this roll out.
Option: Buy a new G37X for $30k instead

4. Dodge Challenger R/T
The new era Pony Car wars saw some excellent efforts from GM, Ford, and Dodge to make a mark. The new Mustang and Challenger are true throwbacks to their old brothers in arm, while the Camaro is over the top. Love the look of the R/T Challengers:

With a Hemi V-8, this thing should be amazing.

Except everything I have read says it's not. At all.  I will have to see one and drive it to know.

Cons: Heavy, massive car with crappy Dodge interior or so I have read.
Disclaimer: Will have to see in person, I know other cars listed here fairly well

5. Wait?
Who knows? Will the 6th generation Camaro be even more cool? Will Buick, as rumored, make a new GNX? Will I win the lottery? Will Infiniti sales go south and force them to lower pricing?

I don't know! DO YOU HAVE SOMETHING YOU COULD SHARE WITH THE REST OF US, AMAZING LARRY????:
Too funny.

Have a good night.
Posted by EconomicDisconnect at 8:10 PM 2 comments