I hardly ever get too hot, but it was 107 degrees here today!! The air is so heavy breathing is a cardio workout. Stay cool this weekend folks.

Market Operations
I was busy at day's end then left work early for the drive home so I am still holding everything; GFIG, SOXL, CSU, ASYS. ASYS finally woke up today, thanks pal: 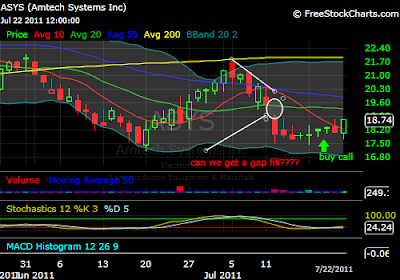 I would have liked to sell CSU at $9.70 but I missed it. Debt deal drama may make Monday a lower day, but does anyone doubt this CONgress is going to get the spending caps as big as they need to be? Did not think so. Why have I not really written about this? Because it is a gross joke that's why.

Friday Night Entertainment
After a lights out trading week and a heat wave it is time to chill out and get set up for the weekend.

Ebay Dreaming
Some times I like to troll on Ebay and see the things I would buy if I could:
-afford it/rationalize the purchase
-convince the wife it was a good idea
Here are my top 3:
1955 Chevy Bel Air 454 Big Block: 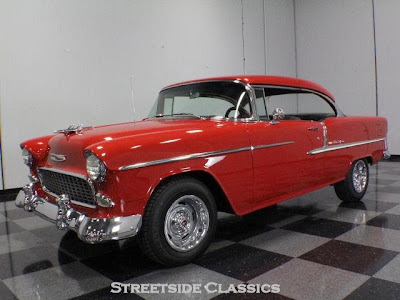 A Date with Lil Kim
Ok that one is not an Ebay item! Any rich readers want to grab any of these for me I am not shy about accepting gifts at all. 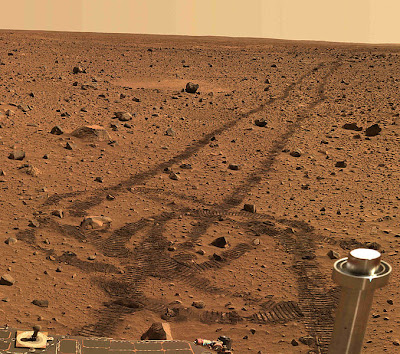 You know what I say; when in doubt, lay it out! Phage therapy as an antibacterial element?

Film Clips
Some movies you may want to check out?

I would say "The Ringer" was not that great a film ....except for one scene that is too funny. Here it is "When the fuck did we get ice cream!!!":

Been a while since I featured the best scene from "Bladerunner"; here is the "I've seen things.." monologue:

Rock Blogging
Rocking the free and communist world since 2007.

Reader Watchtower pinged me with this wonderful rendition of "The Ecstasy of Gold" which you would remember from the final sequence in the film "The Good, The Bad, and The Ugly":

Unreal pick, I love it!

Another great film song, Gheorghe Zamfir with "The Lonely Shepherd" from Kill Bill vol I:

'That woman deserves her revenge. And...we all deserve to die.'

Speed things up with a little Ratt's classic "Round and Round":

I so love that song. Still one of the best guitar solos around.

It's been past the 1 year rule for song repeats so I can go with Joan Jett doing "Cherrybomb":

For all you old school skaters (Tommy Guerrero rulz!) here is the Chili Peppers making a cameo in the cult film "Thrashin":

Indeud. And yes that is Josh Brolin from "No Country for Old Men" as the lead star!

Closing the show with Motorhead and "Ace of Spades":

Sick as all get out.

Have a good night.
Posted by EconomicDisconnect at 8:42 PM

Thanks for playing my request GYSC, much appreciated.
The Kill Bill song is right down my alley too!

I hadn't seen 'The Ringer' before, it looks like it has that fine looking actress in it that was also in 'The Ugly Truth', can't recall her name off the top of my head though.

I think it is Katherine Heigal, glad you liked the post! Great find on the tune!

"Cherry Bomb" was originally recorded by the Runaways, the first all girl rock band. It was their first hit, their signature song. They had a couple of good songs, like this cover of Slade's "Mama Weer All Crazee Now."

Still not as good as the original though.

Girls can be naughty. Only boys can be bad.

Of the Runaways, I always thought the bass player was the hottest. She left the band and became a lawyer. The drummer died, as drummers often do. Only Lita Ford and Joan Jett pursued solo careers.

Today, Lita Ford is retired. She's living down here on Padre Island, believe it or not. But she can't get a gig anywhere.

Joan Jett I think is still touring, although I haven't heard anything new from her in years. She did her best work with the Heartbreakers, after Mick Taylor, formerly of the Rolling Stones, joined the band. But since he's a bad boy, I guess he doesn't count. Only naughty girls do.

Oh, and by the way, Joan Jett became a lesbian. Love her all you want--I think she's hot also--but she doesn't have any interest in men these days.

I love Joan Jett. Did you ever see the movie The Runaways? Good movie.

Happy Friday! We had sunshine and a high of 70 today, so I can officially stop whining.

Binary Options is the way to [url=http://www.brokersring.com/]make money[/url] securely online